Enjoy breathtaking views from the fortifications that once protected people's lives and estates! Their authentic setting will draw you in like a magnet! 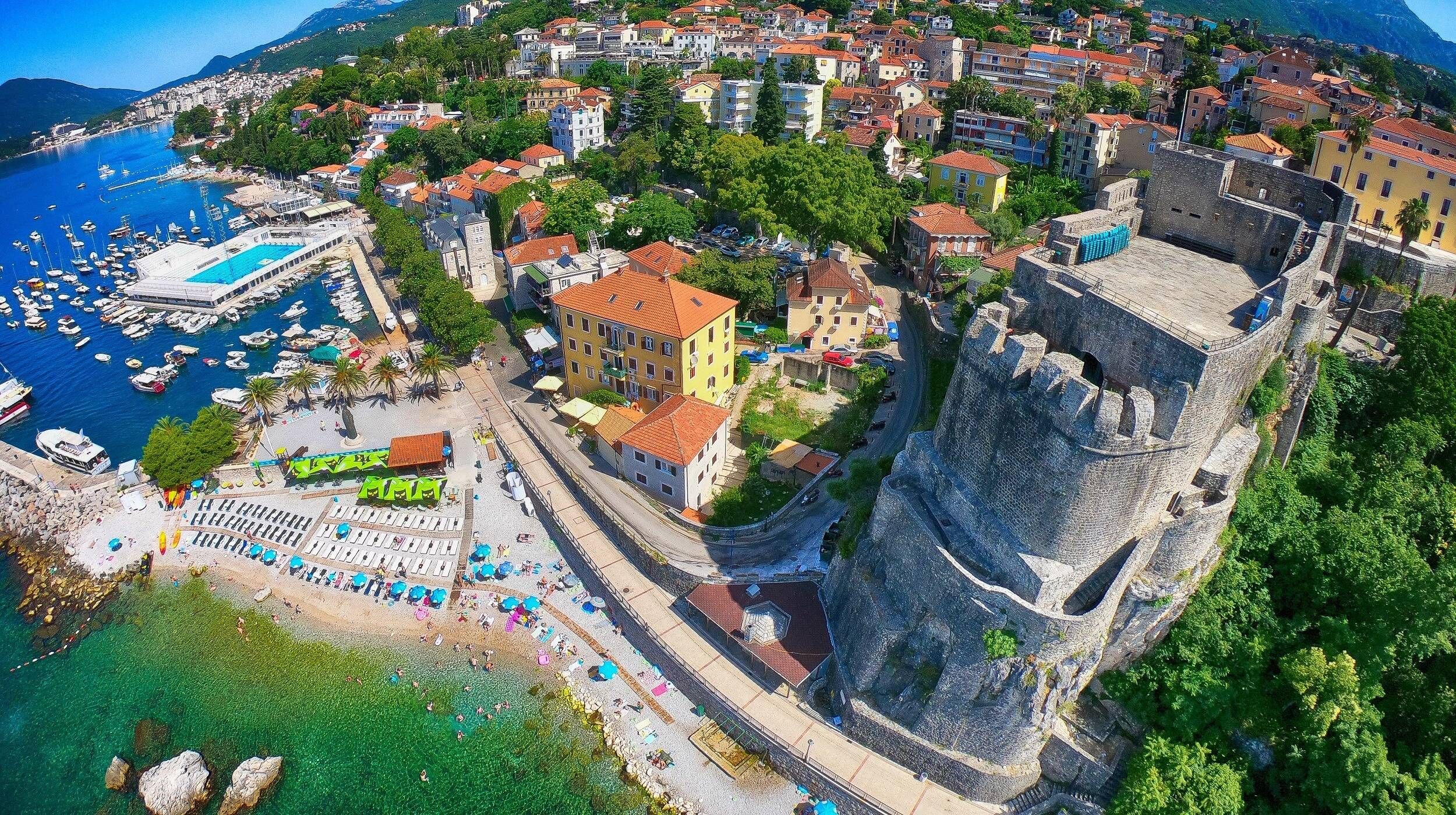 One city, three fortresses. Where will you head next ?

We suggest taking a journey through the past in the port city Herceg Novi. View the city and its surroundings from Španjola, a fortress whose name is associated with the city's brief conquest by the Spaniards in 1538. Although it is not as easily accessible as the other two, it is ideal for those with an adventurous spirit!

Then, descend to the Turkish fortress of the 16th century, Kanli Tower, and revel in the fantastic acoustics of the open stage when music and film festivals are held. In the colourful setting of the current tower, nothing but its name (the Turkish translation means "bloody tower") and a few drawings of former prisoners hint at the building's dark past.

The oldest fortress, dating from the 14th century, can be found on the seashore. The name Forte Mare, meaning sea fortress in Italian, indicates that the Venetians wanted to fight for this wonderful slice of Montenegrin coast as well. Find out who else contributed to the construction of these many massive walls!

Meet the living witnesses of the past, Montenegro's unique old towns! Put yourself in the shoes of a medieval person and feel the gratitude they must have felt when cliffs, fortresses, and high walls rose around them, providing a much-needed sense of security and protection.

Discover Kotor’s unique defense system: the walls that rise from the sea climb surrounding peaks in a zigzag pattern to the fortress that guards the city at 300 meters above sea level, and then descend to the sea again, creating a solid stone wall 4.5 kilometers in length!

Enjoy an hour-long exploration of Kotor's walls, as you trod each of the 1,400 steps trampled by Byzantines, Slavs, Venetians, and Austrians, and don't forget to bring your camera, because spectacular scenery awaits you around every corner!

Budva's Old Town is a story by itself! The city was given protection from pirates and Turks by high walls, with walkable towers and lookouts providing access and visibility in and out of the fortress. As you stroll through the Old Town, you will see Budva's beautiful surroundings:  beaches, bays, the island of St. Nikola, and the St. Stefan peninsula, which earned it the moniker the "Queen of the Mediterranean.” The Citadel, which guards the Austrian quarters, displays the most stunning view of the city, as well as a small museum with a library and the famous relief of fish that symbolize the city of Budva! If you're fascinated by abandoned cities, we've got something for you! The once developed medieval city of Bar, located on a high cliff, now offers an authentic atmosphere similar to legendary towns like Pompeii, in the Eastern Adriatic.

Observe the ruins of over 260 buildings that once adorned the city from the mighty citadel. See for yourself that the Turks, not just the Romans, built magnificent aqueducts, as well as Turkish baths, mosques, and clock towers. All of this, combined with the ruins of churches and medieval Mediterranean villas gives a unique charm to the city. 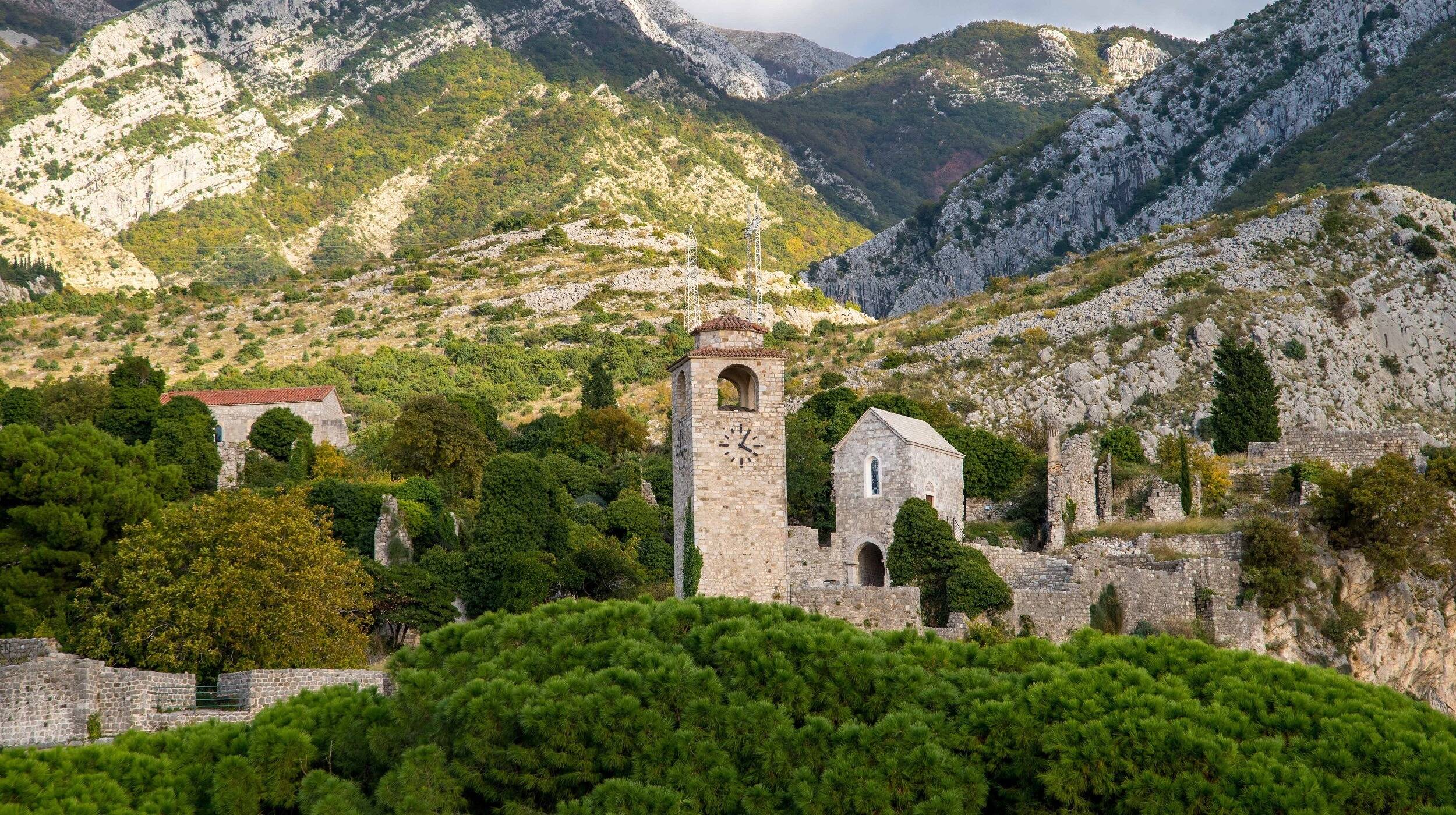 Whose imagination is not piqued by pirates? Head to Ulcinj's former pirate core, its Old Town, and hear intriguing stories about their conquests, heartbreaking tales of slaves sold in the square in the old town, and famous slaves from pirate history. There is a legend that among them was the famous writer Miquel Servantes!

Allow the city walls to tell you how they were built by the ancient Greeks, how they later changed and mixed cultures, how mosques became churches, and how the city served as a refuge for a famous Jewish prophet Sabetha Sebi. This is just a teaser, and you make an effort to discover more interesting stories! Want to see three mighty fortresses (two on the mainland and one on the island) proudly defending the entrance to one of the world's most beautiful bays? Then take a cruise on the Bay of Kotor (Boka), which will take you to the point where the bay meets the open sea, and where the guards of the Austro-Hungarian fortress of the 19th century - Arza, Mamula, and Prevlaka - keep watch. Enjoy one of the bay's most stunning views in the process.

Set out on a hike to discover the secrets of the best-preserved fortresses, such as Goražde or Vrmac, deeper in the bay's interior! You can see how much strength, skill, and effort they put into building these massive complexes, which were modernly equipped for their time and could communicate with each other via light signals. You will come across ancient fortifications wherever you go! Skadar Lake is no exception. Sail to Lesendro and explore the fortress, which was the "key to the lake" and the main guardian of the inland roads in the nineteenth century. The picturesque fortress today is reminiscent of an anchored ship and transports us to a time when the lake played host to many battles.

Don't forget about Grmožur, another island fortress that was converted into a prison and became known as the Montenegrin Alcatraz. It will captivate you with his mystique and the story of how one prisoner, a non-swimmer, used his ingenuity to reach the coast. The shore around Skadar Lake is also fortified, so while you're here, pay a visit to the former Turkish fortress Besac, located above Virpazar and see what it's like when the fortress comes to life! Witness a lovely promenade inside the fortress, a beautifully landscaped panoramic terrace, a wine museum, fine restaurants, and a souvenir shop selling local wares. This fortress is situated above a picturesque fishing and tourist area, and overlooks the lake. The Žabljak Crnojevića fortress is unique in its beauty and offers an almost surreal view of the lake. It is an unavoidable stop for anyone visiting Skadar Lake. The fortress now has ramparts up to 15 meters high and 2 meters wide, as well as six towers.

This iconic Montenegrin fortress has been remodeled over the centuries. The older parts of the ramparts and the semicircular tower are built of hewn stone in lime mortar, which distinguishes Turkish remodeling. Newer sections have Venetian masonry characteristics. Montenegro, located at the crossroads of East and West, draws from influences that enrich it, but in exchange, it selflessly gives something of its own to the world. This has been recognized and supported by UNESCO!