While not the easiest to translate, samo polako is easy to understand. It is a combination of “take it easy” and “just slow down.” This ubiquitous phrase is visible and deep within the culture. Whether on the Mediterranean coastline or inside a centuries-old village, this life philosophy marks the people of Montenegro. They have historically valued people and relationship over frenetic activity. Combined with this call to slow down is an expectation to put away worries. Samo polako connotes living in the here and now.

Throughout the Balkans the Montenegrin people have a reputation for being lazy. Maybe true. Maybe not. It could just be a contextualized expression of Montenegrin hygge. It is a value of people and calm over stress. Samo polako points to rest and decompression.

Samo polako shows up in the many coffee shops and street cafes in the cities. The value lives on in long conversations over coffee and lazy days on the beach. This take it slow philosophy comes from and is still on full display in the traditional way of life in the villages. Don’t go there to be in a hurry. Prepare to sit and talk and share a table of homemade organic foods and beverages. Breathe the mountain air. Soak up the nature. Just live a little more samo polako. 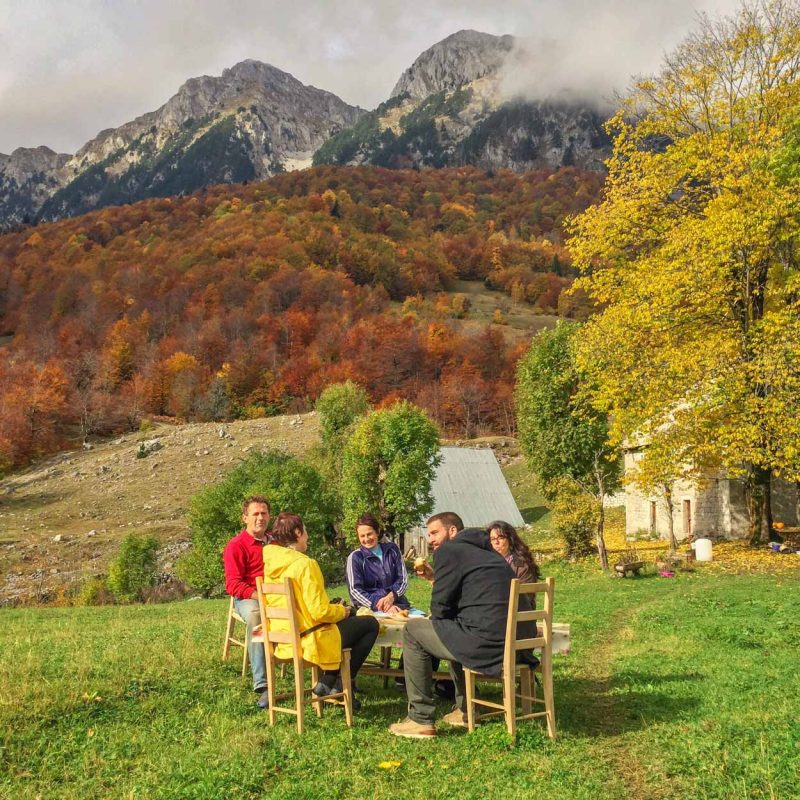 After only a short time in the country as a traveler, you are likely to hear the phrase sve može (sve mozhe). This view that “everything is possible” works in two ways. First, it is a confidence that the individual can deliver. Locals joke that though they have never flown an airplane it couldn’t be too hard. Sure they could do it. This willingness and confidence fosters an openness to a request or an idea. This second aspect of sve može leads to a pre-disposed “yes”. The answer is yes, now what’s your question. Sure we can make that happen. Because in the fairy tale lands of Montenegro it seems that everything is possible.

Sve moze sums up the classic Montenegrin approach to life. Also, it hints at the attitude they take toward guests. It is part of a deep hospitality that compels them because they genuinely care and want to protect the family name. Moving the conceptual idea to a practical reality may take work in some instances, but the willingness is certain and in most cases action is inevitable. Sve može. Let’s go make your wish a reality.

In most places a guvno would simply be a threshing floor, but in Montenegro it is something else. It takes on a different and larger role in the history and culture of the country. Collector and historian Zoran Zeković shares that, “The guvno has historical significance for Montenegro because of its symbolic meaning. It’s a place to gather.”

The guvno is first mentioned in writings more than 300 years ago. At that time, houses were small and not ideal places for families to gather. The surrounding areas were either super rocky or were cleared fields where crops were planted. The community needed a shared space.

Centuries ago, each village hired master stonemasons to design and build the local guvno. The villagers would help with the labor. Once complete, it became a community meeting center. Inside this circle the village chieftain would gather with the elders to discuss the pressing issues of the day.

Learn more about the importance of the guvno in Montenegro. 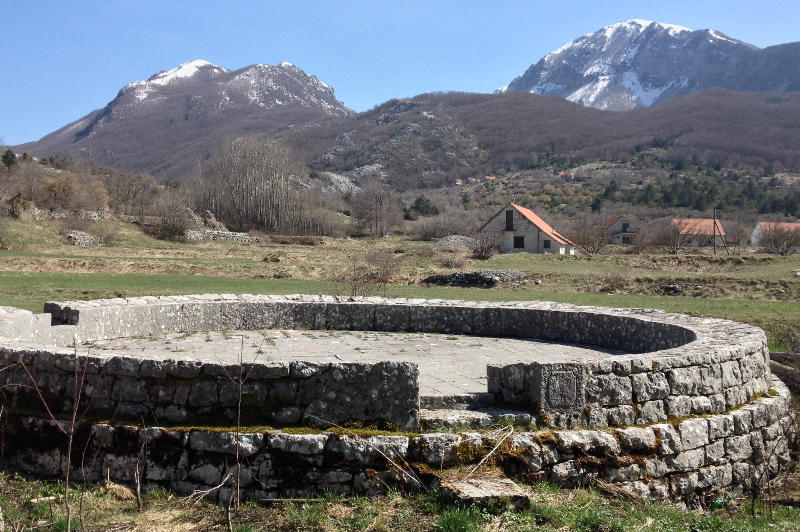 Located just across the Adriatic from Italy, Montenegro also has a tradition of the kum or godfather. Unlike Maurio Puzo’s depiction in his films, however, the kum relationship can be good and low drama.

This is a chosen relationship based on the birth of a child or can be selected for a wedding or baptism. Once people enter into the kum relationship, it is a lifelong commitment. A promise of affection, counsel, and enduring love. Holidays, harvests, and special events are likely to include the kum as well as frequent coffees and phone calls. Some call the kum relationship the healthiest and best in the country.

Montenegrins boast of a special relationship between an adult sister and her nephews and nieces. This unique aunt relationship has a special name in the language–tetka. Locals pride themselves on the lack of historical violence in this sacred relationship. The tetka is to be loving and nurturing like a mother, but she’s the cool aunt. The always safe one. At times, there is more affection for the tetka from the kids than for the respective mom.

This tetka approach makes for an amazing family travel scenario. Usually the requirement for a Montenegrin “tetka” to show interest in a young child, is just to show up. They will advocate, protect, and delight in bringing happiness to littles. Sometimes this leads to a kid being whisked away in a restaurant to the kitchen for some special treat. It can also lead to an impromptu baby sitting situation while the adults go for a hike. However it plays out, it is part of a culture that values kids highly.

Montenegrin katuns are mountain huts up on the northern mountains. These mountain hut areas were used by shepherds and families that would live the summer and fall months higher up. This allowed the animals to graze on grasses up on the mountain while cutting the village grass to make haystacks for winter survival.

The katun is unique to this area. In many ways it is a symbol of organic, traditional farming and the value Montenegrins place on locally-sourced, non-GMO foods. Today katuns are still in use for livestock grazing, farming, and rural tourism. Also, hut-to-hut hiking and MTB adventures are now possible using these katuns for overnighting.

The villages and katuns of Montenegro show a combination of the culture keys through MOBA. The sve moze was realized through MOBA because the kum and their neighbors would show up with a sense of samo polako that was equal parts community event and helping each other tackle big challenges in a small amount of time. This event would usually be a one-day affair where 10 or more people would come to one farm to help build a house, cut the fields and prepare hay for winter by erecting a haystack, harvesting fruits or potatoes, or any other form of community assisted action that makes mountain life more manageable due to the number of persons willing to give their time, energy, and know-how to help each other during a stressful time.

During a MOBA, everyone had a role to play. There was the task that brought everyone together, the need to feed everyone, and for some of the kids to go around offering a beverage for refreshment or maybe a nip of rakija. Some in the villages state that MOBA helped Montenegrins survive some difficult days including post-war periods when many of the men did not return home from their service. Though MOBA is much less common today than a couple decades ago, it still occurs on occasion in some village regions.

Folow us:
Get ideas to your inbox: Sign up for newsletter